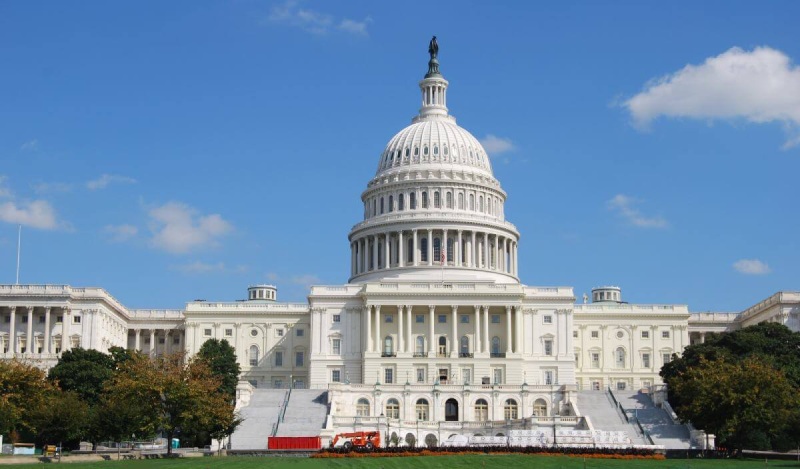 We don’t know about you, but after the holidays (and we hope yours were filled with good things and happy times), we’re always a bit tapped out on the spending.

But in true governmental fashion, Uncle Sam is piling it on. Seems like Congress missed the post-holiday “no spending” cue.

One little holiday tidbit that you might have missed: The IRS is delaying the implementation of the 1099 requirement for Paypal, Cashapp, Venmo, et al. Here at TCG Accounting, we have been advising various clients a stance of “cautious preparation” – cautious because having seen these machinations get gummed up in the past, we’ll believe it when we see it.

After all, we’re talking about the same agency that can barely staff NORMAL operations right now … and they were going to track EVERY $600+ transaction on these platforms? The sheer manpower and logistical lift for this was (and is) mindblowing.

So … the can gets kicked down the road, and we wait and see if this thing ever lands. Our bookkeepers, meanwhile, will breathe a sigh of well-earned relief.

One thing to keep in mind: The IRS will be ever (and always) aggressive about bringing in more revenue. This is, after all, their stated mission.

And they BETTER be aggressive, because Congress seems to feel no pain when it comes to spending. See below.

Naturally, you’ll have questions about some of this beyond what I’m breaking down today. If you want to talk through any of the federal spending happening in Washington, we’re here:
218-623-6050

So, here’s what should be on your business radar …

Federal Spending Impact on Businesses
“It is a popular delusion that the government wastes vast amounts of money through inefficiency and sloth. Enormous effort and elaborate planning are required to waste this much money.” – P.J. O’Rourke

You might have heard about all the federal funding and spending bills flying around Washington. Will any of them affect you and your small business?

Yes, maybe quite a bit, especially when it comes to retirement plans.

Capitol Hill appears ready to sign a 1.7 trillion-dollar spending package that will keep lights on in the federal government. Certain tax credits for individuals and for businesses didn’t survive Congressional backrooms.

Other measures, added at the last minute, stand to change how a lot of companies offer retirement plans, among other changes.

Then there’s the landmark Inflation Reduction Act that became law last summer and that has given billions of dollars to the Internal Revenue Service, which promises a sharper look at some business practices.

Here’s what we know about the current federal spending impact on your business:

One of the federal funding plan’s biggest impacts on small businesses will stem from the last-second addition of retirement changes of the SECURE Act 2.0 (the latest version of the Setting Every Community Up for Retirement Enhancement Act). SECURE 2.0 contains changes that proponents have wanted for a long time.

If you have workers, you’ll want to know these points:

1. To get small businesses to create retirement plans, SECURE Act 2.0 in the omnibus bill will increase the 50% tax credit for startup and administrative costs of plans to 100% annually for employers with up to 100 employees.

2. Simplified and streamlined paperwork and reporting requirements for employers’ retirement plans and a starter initiative for companies to start offering 401(k)s.

3. The requirement to automatically enroll opt-in employees in their 401(k) plan at a rate of at least 3% but not more than 10%. Some exemptions exist for businesses with 10 or fewer workers and companies in business for less than three years.

4. Eligibility to enter the company 401(k) for part-timers who’ve logged 500 to 999 hours for two consecutive years.

A couple other points might be good hiring incentives for you.

– You’ll be able to set up emergency savings accounts for your workers through automatic payroll deductions, capped at $2,500. They’ll be able to dip into this free of the familiar tax penalties for early withdrawal.

– You’ll also be able to make matching contributions to a retirement plan for employees who are paying off student loans.

Your employees (and you) will also see other changes:

The age when you have to take required minimum distributions go from 72 now to 73 next year, and then to age 75 by 2033. The penalty for failing to take RMDs drops from 50% to 25% and even 10%. Catch-up contributions will increase to 10 grand annually, among other changes.

Last summer the Inflation Reduction Act became law – and it allotted 80 billion bucks to the IRS over the next 10 years. The agency will spend a good slice of that on modernizing its technology and improving customer/taxpayer service for calls, correspondence, and return processing. Fingers crossed.

The IRS – for years underfunded and leaking employees – also plans to sign on 87,000 new revenue agents and has pledged to beef up enforcement of some business tax practices. The Treasury Department notes that over the past decade the IRS has lost 40% of agents who handled complicated returns, such as those of businesses and corporations.

S corp compensation: Following a scathing report on piddling audit rates from the Treasury Inspector General for Tax Administration, the IRS will sharpen efforts to collect employment taxes from S corp officers, ditto partnerships, and multi-member LLCs. The latter are rarely audited, a policy the IRS has publicly said it intends to change when self-employment tax exemptions become involved.

Micro-captive insurance: The IRS is likely to pay attention to its own annual “Dirty Dozen” list of tax scams – and here’s a popular one. Owners of closely held entities are frequently enticed into schemes where coverages may “insure” implausible risks, fail to match genuine business needs, or duplicate the commercial coverages. Premiums under these arrangements are often excessive and skirt tax law.

Offshore accounts: The well-heeled have been stashing assets overseas and dodging American tax laws for years. These accounts already come with strict reporting requirements, hefty fines for non-compliance, and usually headlines when the IRS notches one. Expect attention here.

Wealthy non-filers. The IRS continues to focus on those who simply don’t file a return – especially those earning more than $100,000 a year. And the Failure to File Penalty is initially much higher than the Failure to Pay Penalty.

Lawmakers change their ideas about federal spending all the time. Depend on us to keep you in the loop and your company on the good side of your taxes and finances.